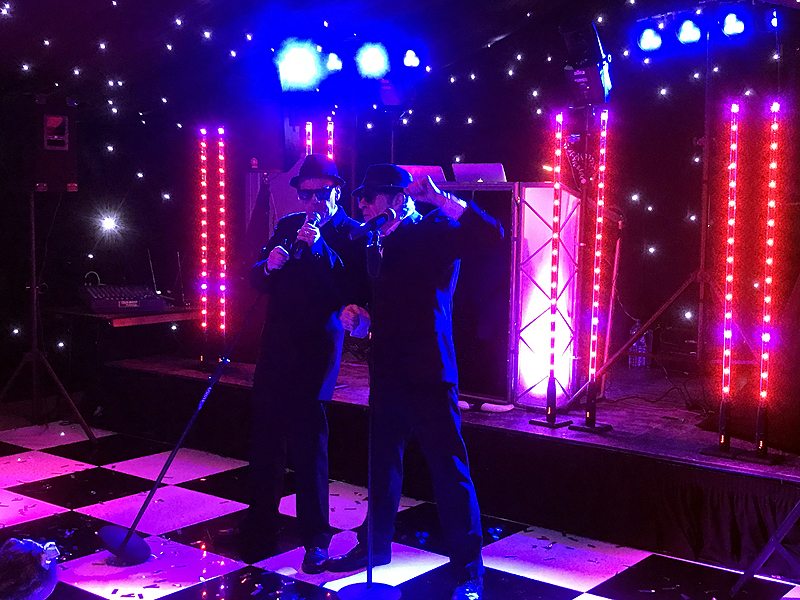 And what better way to start the season than with a surprise for the bride?

Last night saw me at The Old Hall for the first of several weddings in there this year. I love this venue – the starlit marquee lends a really theatrical look to the end of the day’s celebrations.

This story starts several weeks ago, when groom Ben called me to discuss a little “surprise” he’d been working on for Zoe, his bride.

Zoe used to be a member of a performing arts group, and a backing singer for a Blues Brother’s tribute act many years ago. It’s something which I’m told holds a lot of fond memories for her.

The purpose of Ben’s call? He’d tracked down said Tribute Act (who’ve actually retired from performing) and they’d agreed to come back for one last gig in honour of Zoe.

This was all to be kept as a very closely guarded secret, with only a very small handful of people knowing what was going to happen!

Several phone calls from me later, and I’d made contact with the act, arranged how we were going to run things on the night (including some ideas on how to actually spring the surprise), and waited for the big day to arrive.

All went well. We managed to squeeze two sets of PA equipment into the venue, and as arranged, secreted the performers away from view.

The plan was this…..

In The Old Hall, the bride and groom are brought into the dance marquee (which is hidden from their guests until the first dance) to do a “dummy” first dance for the purpose of allowing their photographers to get some of those all important spotlight shots. Then, the curtain dividing the dance marquee from the rest of the venue is thrown aside to reveal the couple on the dance floor (it’s all done very nicely).

The idea was for Zoe and Ben to complete their first dance and then arrange for the official photographers to take a group shot of all of the guests on the dance floor, with the guests lined up between Zoe and Ben, and in front of the stage.

At this point, the Blues Brothers hastily arranged the equipment they couldn’t have on show for fear of giving the game away, with Zoe completely oblivious to what was going on. Ben then took the microphone as arranged for a last minute “speech”, and to turn Zoe around to face the stage at the moment the Blues Brothers appeared to their backing track.

Her face was an absolute picture of mixed emotions of surprise and happiness. It brought a lump to the throats of us who’d been in on planning the surprise to see Zoe so happy, and the fact that we’d actually managed to execute the surprise so well.

50 minutes of Blues Brothers later, and it’s my turn to provide the entertainment.

Mid-week weddings can always be touch and go with the amount of interaction from the guests. Many of them need to be back at work the next morning and tend to start leaving early.

Thankfully, this didn’t prove to be the case too much last night with plenty of dancing, a real mix of music (Ben had asked me to play anything I wanted rather than providing a playlist).

I also added an extra surprise during the first dance with a confetti canon. As always, the photographers were warned when this was going to happen, and the shots I saw last night of the canon going off looked fantastic.

So, that’s the first wedding of 2018 done and dusted. I’m looking forward to the rest of them being as unique and as much fun as last night. 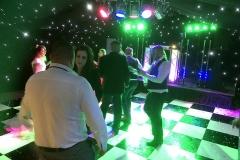 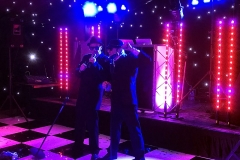 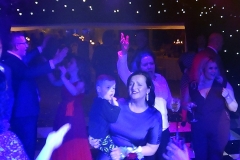 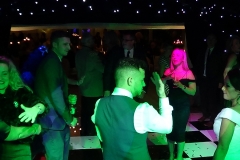 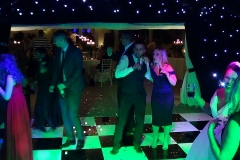 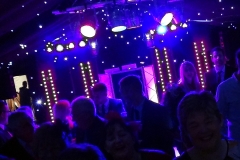 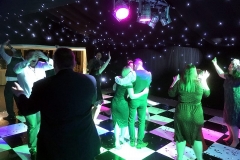 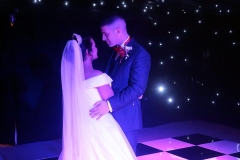 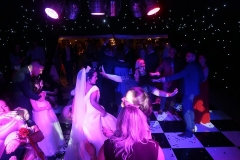 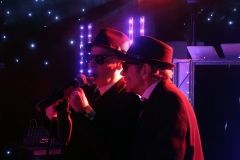 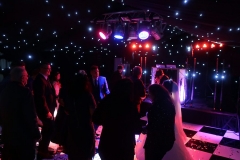